All of the following work is © Butterfree/Dragonfree/antialiasis and is not to be reprinted anywhere, borrowed from or otherwise used without permission. Pokémon is © Nintendo, GAME FREAK and Creatures Inc. All non-canon characters, settings, etc. are my own unless otherwise stated.

The Quest for the Legends 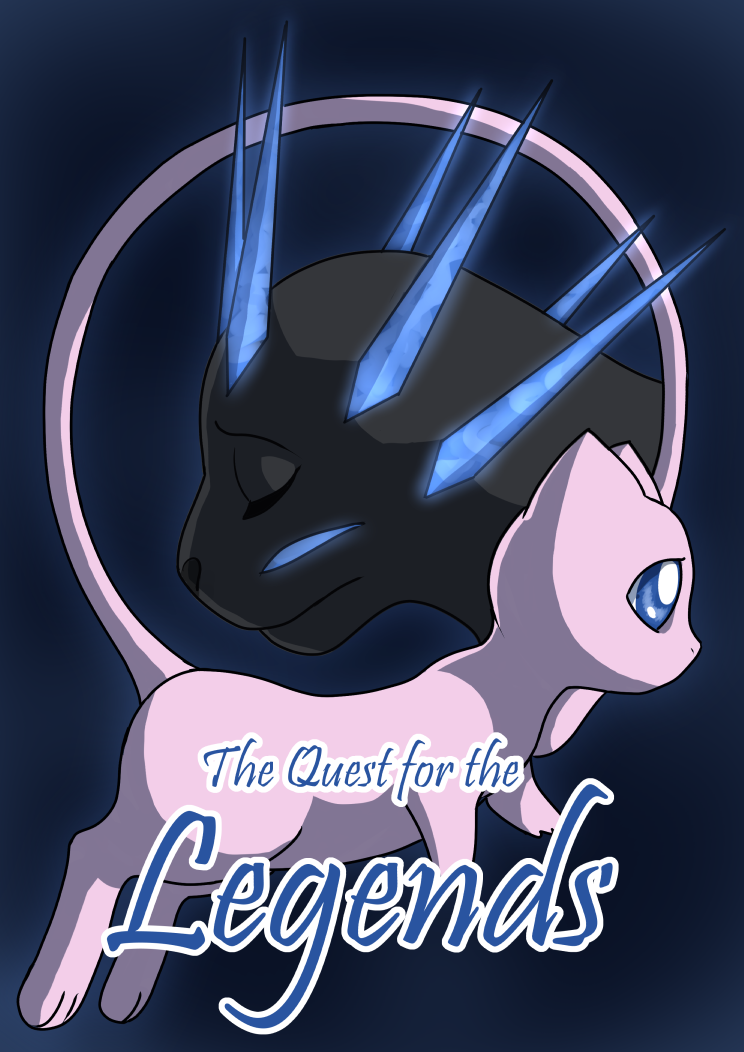 A very long, long-running trainer fic that I started on June 19th 2002, when I was twelve, and completed on June 19th 2018, when I was twenty-eight. The completed version is a reboot that started in 2004, the first thirty chapters of which are based on the content I had written prior to that - so the first chunk of the story is very silly at times, in an enthusiastic fourteen-year-old writing only somewhat tweaked versions of her twelve- and thirteen-year-old self's ideas sort of way. Over time, as I matured, it matured with me, and I still love it very much, but please expect some wild ridiculousness.

It has its own minipage (and a couple of spin-offs, too), so just go there and browse around if you're interested. Rated PG-13 to R for various things detailed in the "Legal" section. 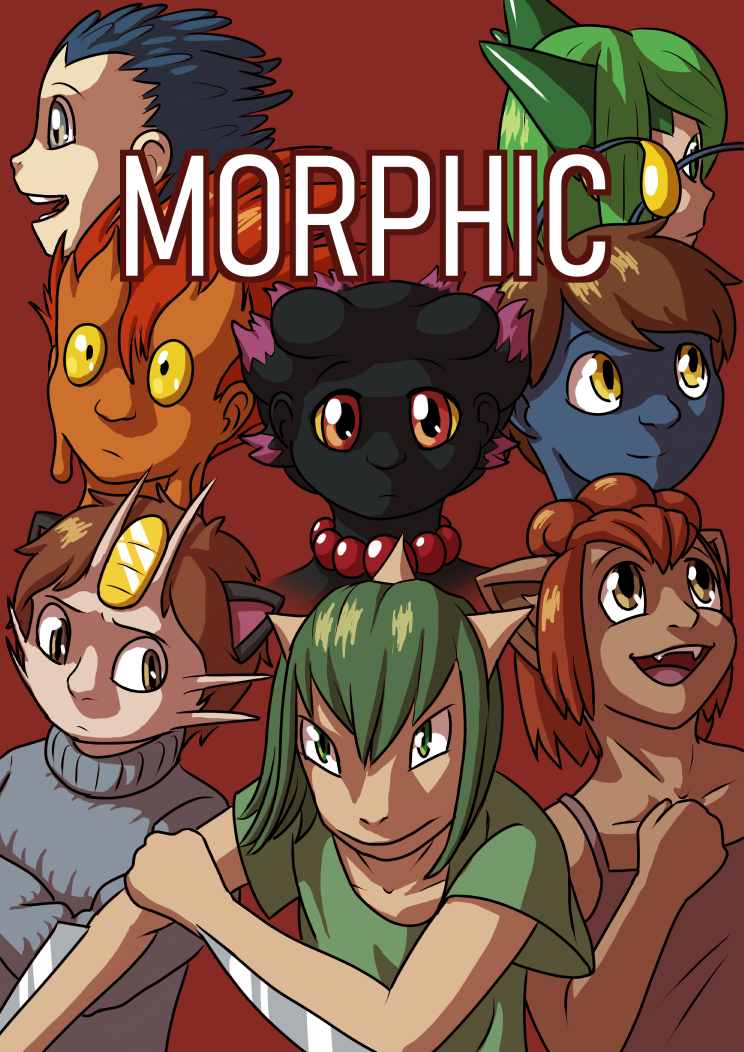 A few scientists get drunk and start fiddling with gene splicing. Ten years later, they're taking care of eight half-Pokémon kids, each freakier than the next, while a religious fanatic plots to murder them all.

This is a sort of alternate-universe closer-to-real-life deconstruction of Pokémorph fics that started out very experimental and mostly intended as dark humour but later gained more direction and turned out extremely grim, even for me. Thus, it is now rated R.

The story itself was started in May 2007 and completed at the end of 2010. Thus, it's quite old, and parts of it make me cringe pretty hard today - however, I'm currently (2023) working on a rewrite. There are also a number of extras written a little or a lot later, including two different April Fools' Day specials a decade apart, silly dialogues, and more.

While these stories themselves are a bit older (Curse was originally written in 2009, Butterfree in 2012, and Go in 2016), they were all revised post-2020 and I still like them. 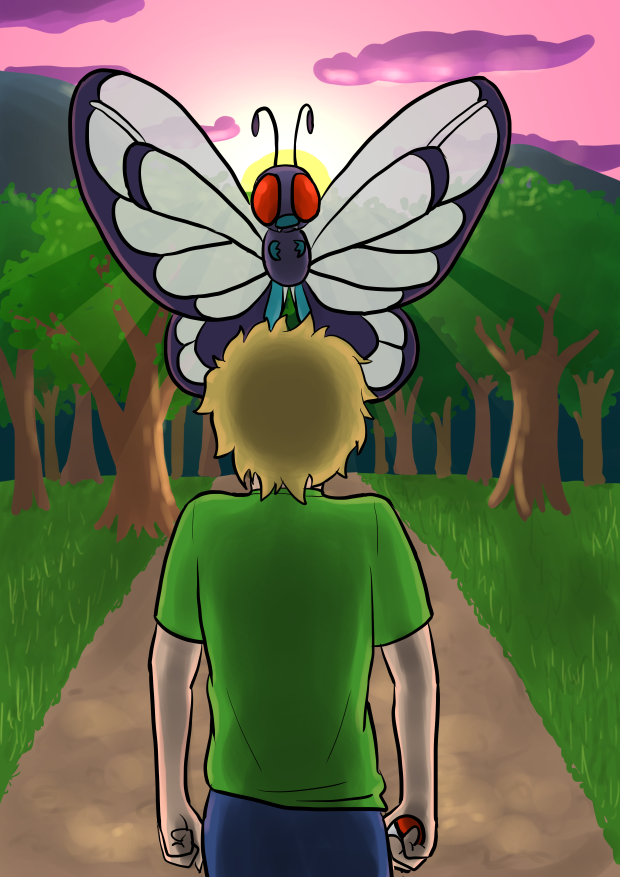 Trainers aren't supposed to have favorites, but you were my favorite. And then you started losing. (Rating: G/K) 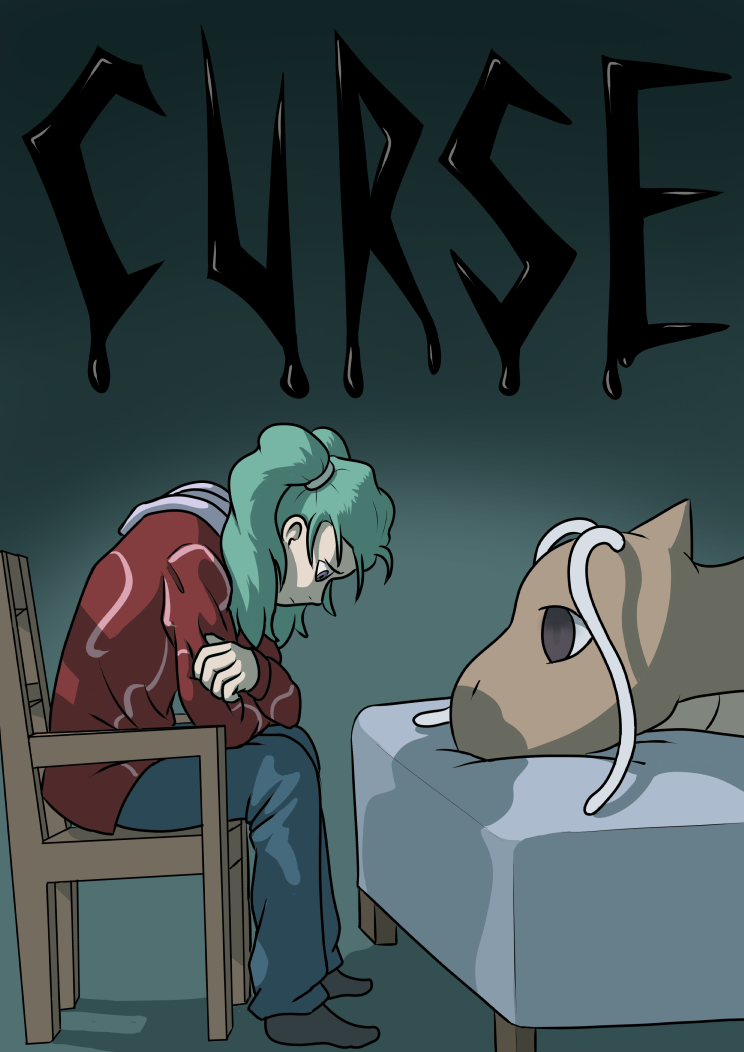 Aspiring champions Kari and her Dragonite get their hands on a mysterious TM containing the move Curse, which they had previously only seen used by Morty's Ghost Pokémon - but it works quite differently when they use it. (Rating: PG/K+) 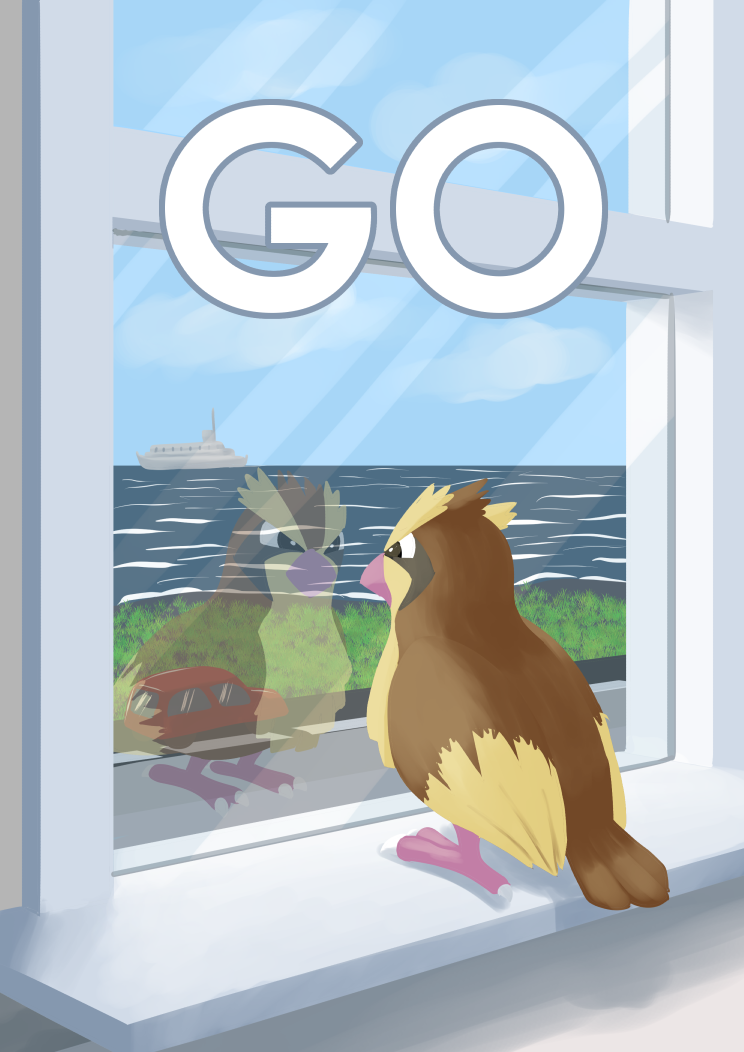 What if Pokémon Go was secretly created to prepare Earth for an interdimensional accident where Pokémon become real? A cheerfully nonsensical premise with a heaping of nostalgia for the summer of 2016. (Rating: PG/K+ - there's a little bit of strong language, which the MPAA would technically automatically elevate to a PG-13, but there's nothing otherwise kid-unfriendly.)

These were written in 2005 (when I was fifteen) or earlier. While I didn't find them embarrassing enough to want to erase all traces of them from existence, please take them as what they are, and don't expect amazing writing or for them to be representative of my current opinions or takes on anything.

A weird meta satirical bedtime story about an Abra's efforts to found a perfect forum community. This may have been inspired by fifteen-year-old me being annoyed with the rules on a forum. (Rating: G/K)

A strange, morbid religious allegory involving Mewtwo being slowly starved to death, very loosely inspired by an Icelandic poem. This is probably the only time this sentence has been written in the English language. (Rating: PG/K+)

The sequel to Chains, which amps the religious allegory up to eleven, if that is even possible. I always meant to write a third one which would connect them better, but it never happened. (Rating: PG/K+)

George the Charmander is unfortunate enough to be announcing the 2003 Pokademy Awards, and he is very, very grumpy about it. This is a pure, very silly humour fic, built around fitting twenty random phrases that my friend sent to me into a story. (Rating: G/K)

A Pokémon collector stumbles across Mew while traveling through a jungle and decides to attempt to capture it. Pretty morbid. (Rating: PG-13/T)

The thoughts of an abused Eevee. Definitely not my favorite; the abused POV is a cliché, and the one thing I did with it that was sort of interesting or unusual was kind of a blink-and-you'll-miss-it moment. (Rating: PG-13/T)

The Johto League Champion finds himself followed. Man, this is morbid. It was inspired by a memorable moment watching my cousin play Pokémon Gold for the first time, when all of a sudden out popped Raikou, and I had absolutely no idea what it was. But then I took it in a direction with more death, because of course I did. (Rating: PG-13/T)

Ash's thoughts on being a Pokémon Master. This is... weird and honestly makes me kind of uncomfortable today. (Rating: G/K)

A fleeing Delcatty seeks sanctuary on a sacred beach, only to encounter a Pokémon for whom nothing is sacred. Written for a fanfic contest at The PokéMasters forums back in 2004, about writing a battle between a Kingler and a Delcatty. (Rating: PG/K+)

A strange, morbid little poem based on an idea I had in 2003 or so of Houndoom being killed by exposure to sunlight, like vampires, for... some reason. (Rating: PG/K+)

A very sappy, very old poem about the bond between a trainer and Pokémon. (Rating: G/K)